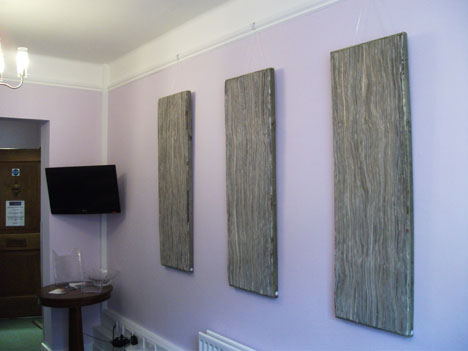 'It was but only in so far as they shouldn't have printed it. Everyone's entitled to an opinion, but to dress it up as right, the only truth...?' John huffed indignantly as he flicked over the channel on the tele. Exhaling deeply he relaxed back into the sofa, his thoughts and opinions melting into the unseen air.

“ I didn't say that – well I didn't mean it like that. They've taken it completely out of context.” Maddy saw the frustration in her friend as her hands gesticulated in despair, eyes darting, seeming to search for a way out of this mess.

As Maddy gazed on she wondered at words and language and the unspoken language that could never form words, could never be printed.

“No, last week I read the opposite and anyway Janice says this guy's a loser.”

“I've seen him before and I don't think he'd ever say anything like that. They've misquoted him, stitched him up.”

“Yes, I really don't believe it either. It's just plain wrong.”

Jo passed Jane the ashtray. She stubbed her cigarette out firmly to emphasize her point and blew the last thin smoky trail up towards the open window.